This episode and the following one appear to have been transmitted out of sequence.

Fletcher is in a single cell and Godber features in neither episode.  The dialogue at the beginning naturally follows on from "The Hustler".  The plot involves Fletcher and McLaren scheming their way back into the Governor's "good books" by staging McLaren's roof top protest that Fletcher heroically solves.

His descent is not so heroic though! 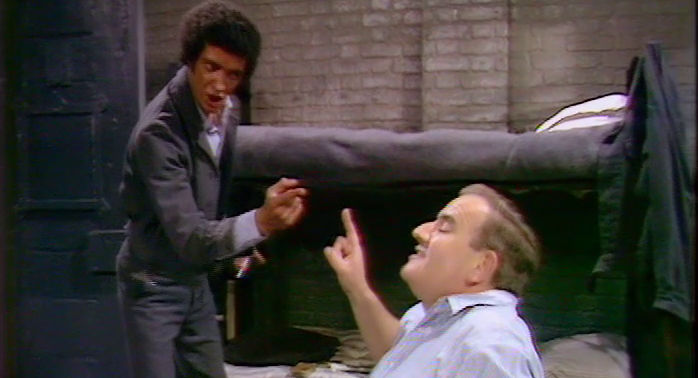